How to generate QR codes with Excel or Google Sheets

Docs » How to generate QR codes with Excel or Google Sheets

It is easy to generate QR codes in spreadsheets using a special IMAGE() formula.

Start by putting your data in the first column of the spreadsheet. We’ll call this column QR data. It can contain a URL to your website, or any other text. You can include variables such as utm_source and utm_campaign - the QR reader on modern phones can handle pretty much anything. 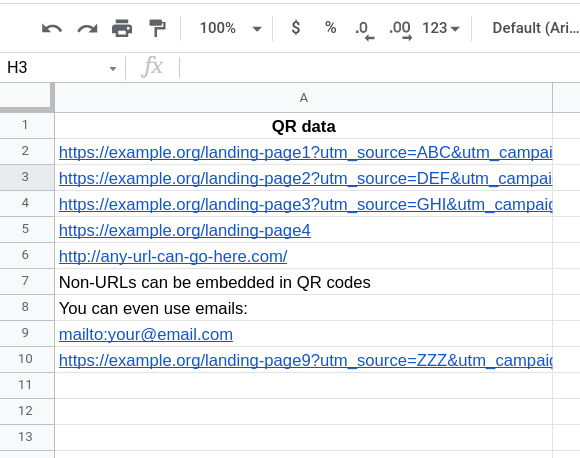 Next, enter the following formula for the first row in column B, which we’ll label Image:

Google Sheets will render the QR code based on the data provided in cell A2:

To generate a QR code for every row in the spreadsheet, copy the formula to each row: 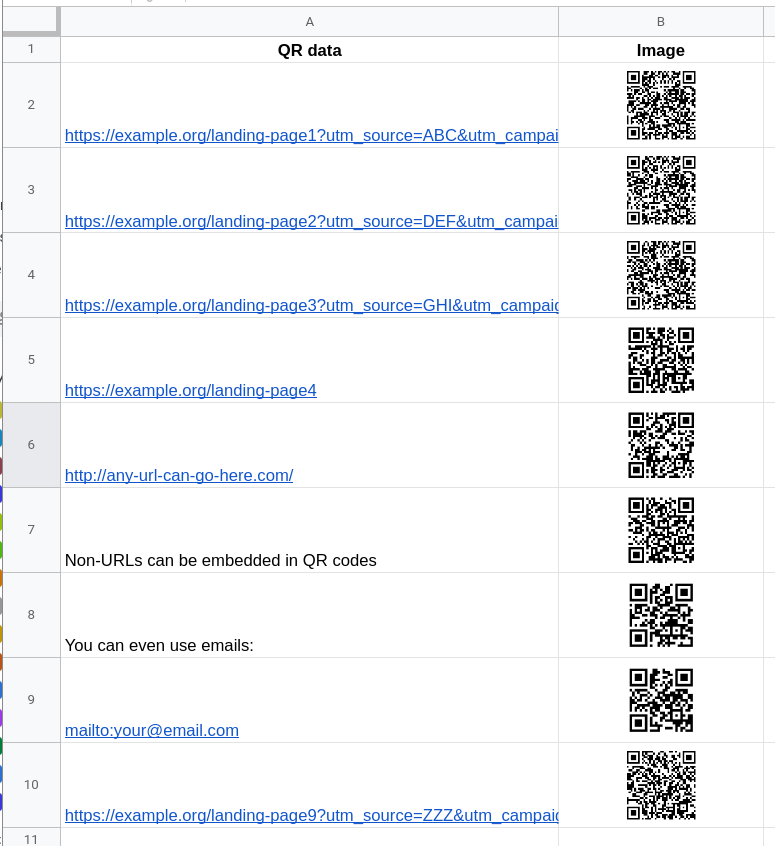 That’s it! You should be able to scan one of these QR codes with your phone.

To make things easier, we’ve created a Google Sheets QR code template. This spreadsheet automatically generates QR codes for URLs and other data you put in Column A.

Open the sheet and go to File > Make a copy in order copy to your own Google Drive and start generating QR codes. 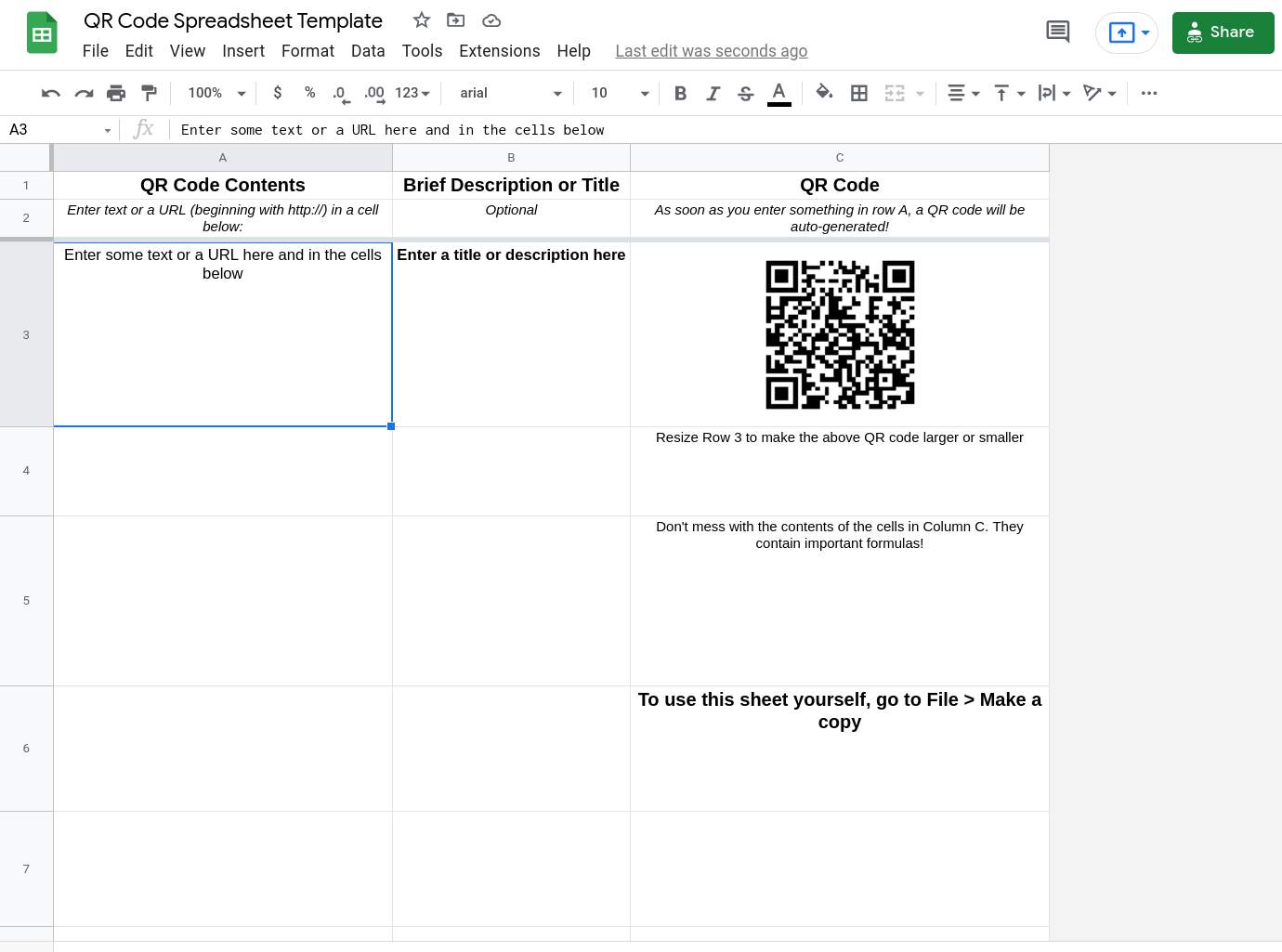 The QR codes we’ve seen so far are very basic. Did you know you can customize your QR code’s size, color, and margins? To customize the appearance of your QR code, start with the QR code builder and create a custom QR code.

You’ll notice that the generated QR code has size, margin, dark, and light parameters in the URL. Add these parameters to the QR code formula in the spreadsheet in order to customize your QR codes.

Further customization is described by the QR code documentation.

Stuck? Here’s how to get help

Get unstuck by asking your questions in the QuickChart community. We monitor community posts every day and will answer all questions related to QR code generation in spreadsheets. 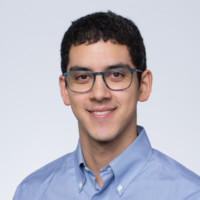 Ian Webster is a software engineer and former Googler based in San Mateo, California. He has helped Google, NASA, and governments around the world improve their data pipelines and visualizations. In 2018, Ian created QuickChart, a collection of open-source APIs that support data visualization efforts.

Docs » How to generate QR codes with Excel or Google Sheets